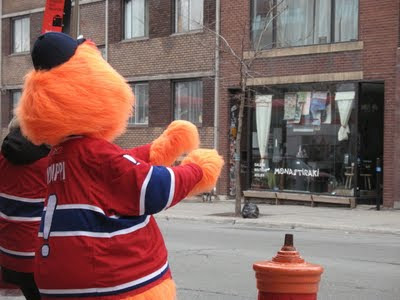 thanks to Geza Hermann for the pic !

Artist James Whitman
will be launching his new publishing imprint
No Kings chez nous
April 29 from 7 to 9. 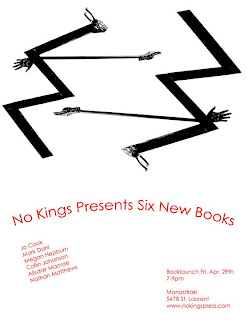 Posted by monastiraki at 2:54 pm No comments: 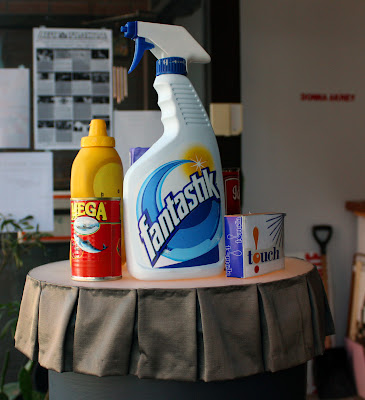 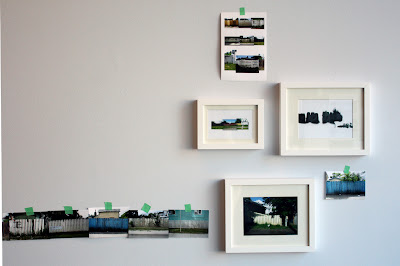 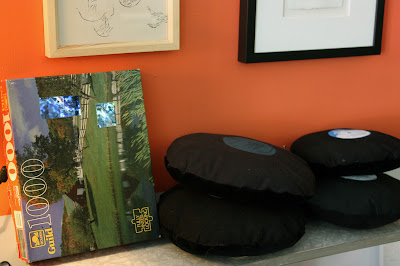 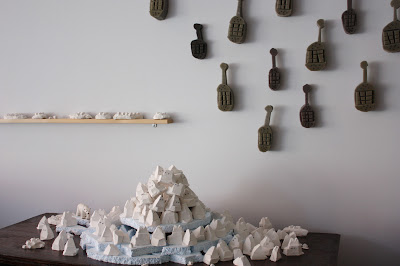 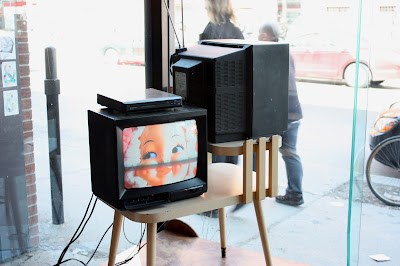 Posted by emilie o'brien at 9:40 am No comments:

Immediate productions is a Montreal based film company specializing in artist profiles. The driving force behind this initiative is Jen MacIntyre, Monastiraki friend and ally, along with her partner Jesse Bochner. They have produced several films of artists we have had the pleasure of working with at Monastiraki. Here they are !

Here is their official bio :
Immediate Productions is the video production company of Jen MacIntyre and Jesse Bochner. Jen is a Montreal videographer that studied at Concordia and currently makes artsy documentaries. She's worked as a docent at the Montreal Museum of Fine Arts, as a freelance curator for Galerie Monastiraki and the Osheaga Arts and Music festival. Jesse is an artist and video editor who has 18 years of experience in the film Industry including working as a stage hand on the Mr. Dress up Show for the CBC! Our current project is the Postage Stamp Video series featuring short biographies of artists.

Check out their youtube channel !
http://www.youtube.com/user/haikugreen
Posted by Billy Mavreas at 10:59 am No comments:

YOUR KIDS' BIRTHDAY PARTY AT MONASTIRAKI !


We are pleased to now offer crafty birthday parties for children on Saturdays and Sundays.
Projects in drawing, book-making and collage will be tailored to suit the children's ages, with time for cake and treats at the end.
Cost is $140 for a party of up to 8 children. The times available are Saturdays and Sundays, 10:30 - 12:30 or 1:00 - 3:00 pm.

Email or give us a call for more information, and view our online document here:


We look forward to making some art with you!

Posted by Billy Mavreas at 12:02 pm No comments: