That's right ! Bring the kids and get their photo taken with Santa Claus !
The jolly old elf will be holding court Saturday Dec. 13 from 10 am - 1 pm.
See you there! 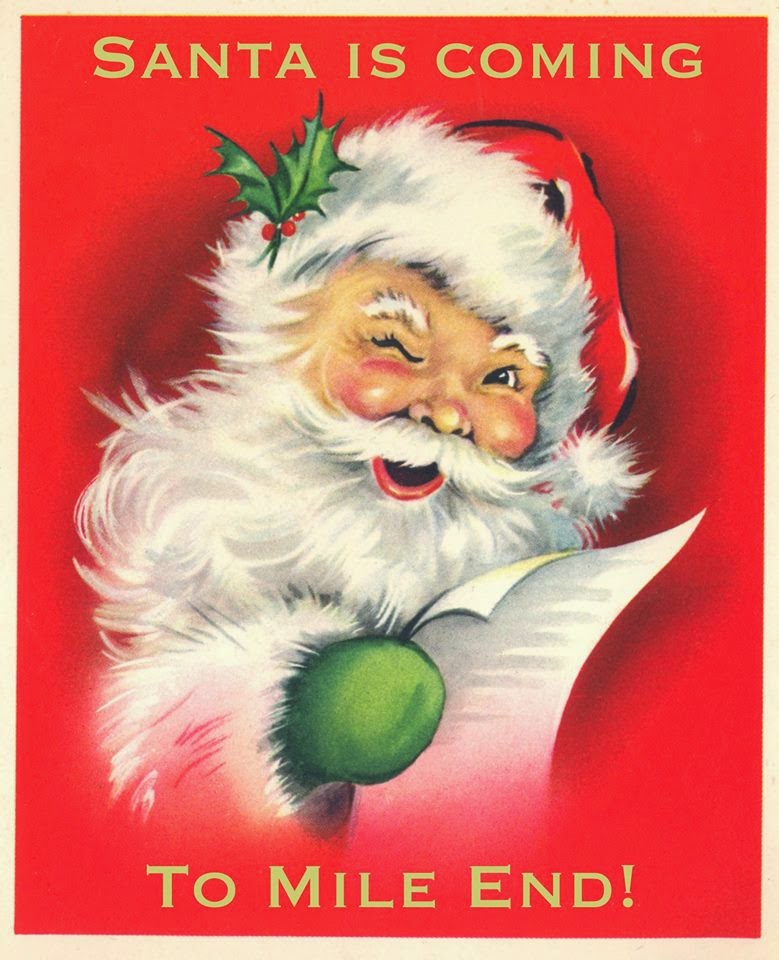 Posted by Billy Mavreas at 12:04 pm No comments:

Monastiraki at Galerie B-312

Artist, teacher  and friend of our shop, Adrian Norvid got us invited to install a version of Monastiraki in a gallery setting. Last week we opened 'What Goes Around Comes Around' and we're thrilled with the results. 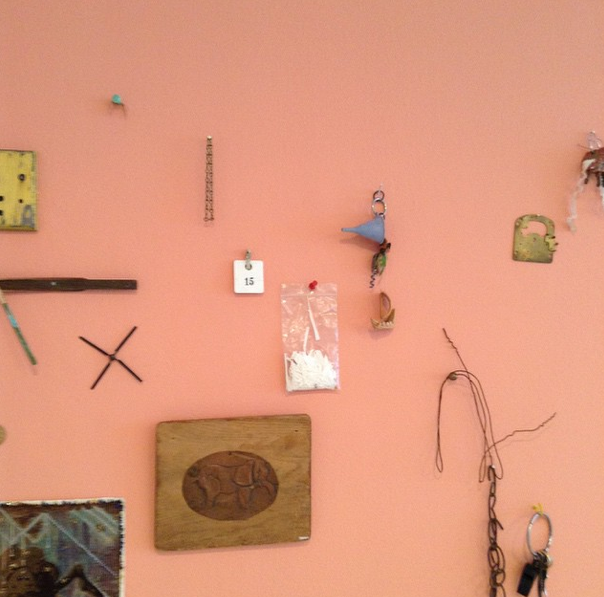 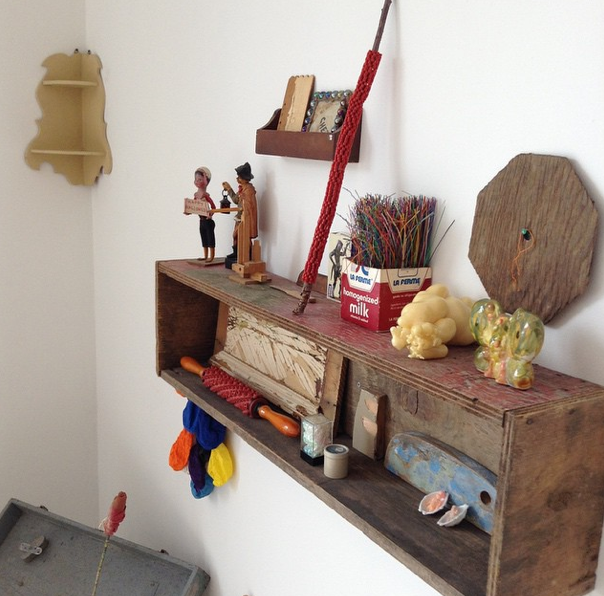 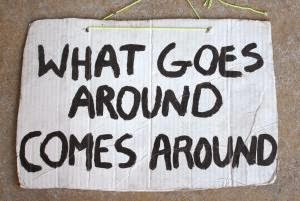 In this exposition we are featuring Jaquard woven tapestries. They are studies in fabric design. More specifically they deal with small variations of bitmap tessellations and the potential of describing tone and living shapes within. 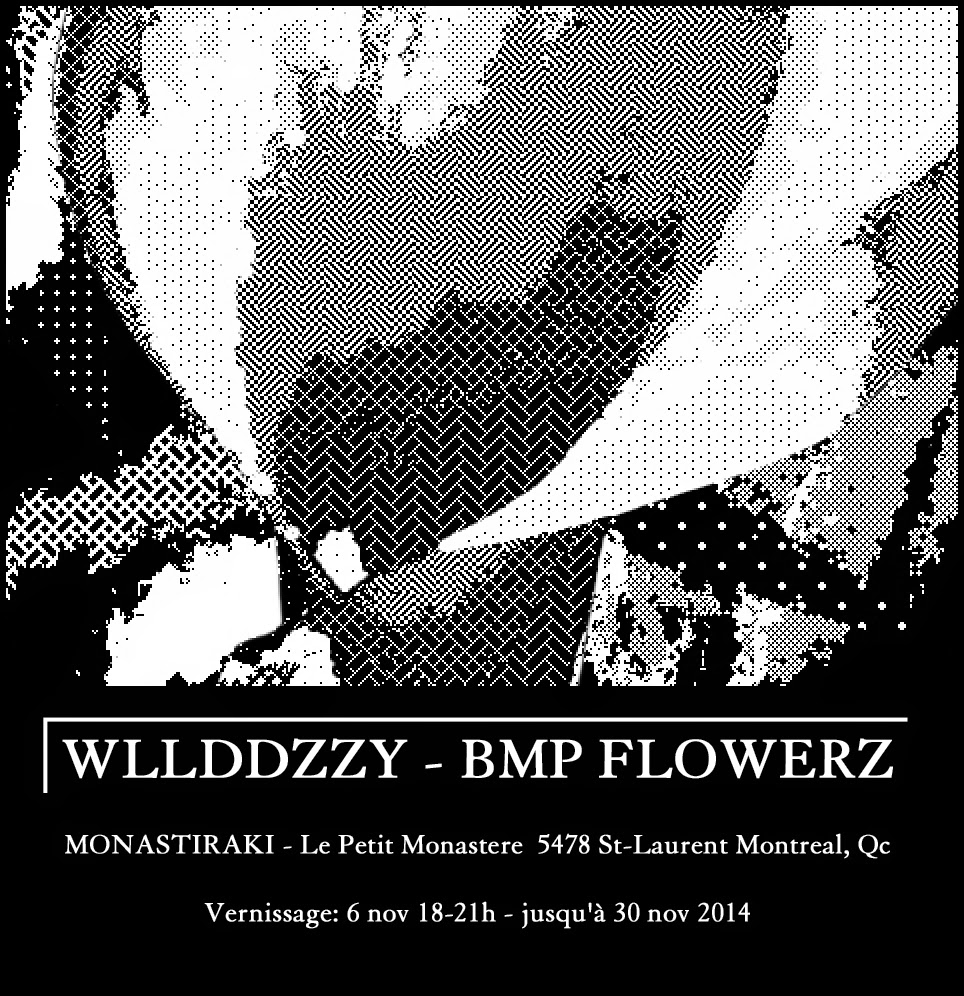 Posted by Billy Mavreas at 10:53 am No comments:

Happy Hallowe'en Witches & Ghouls and all you souls out there! 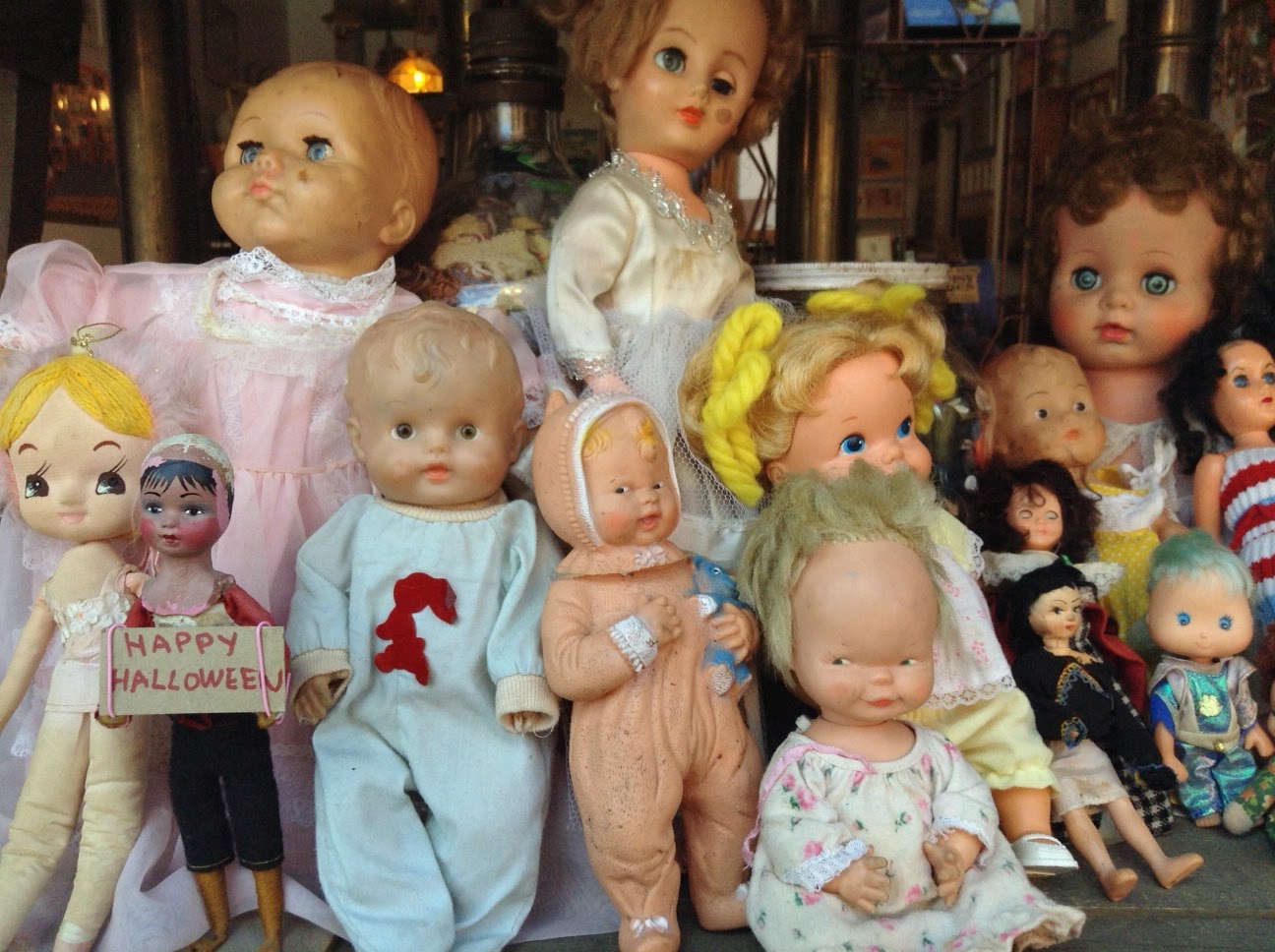 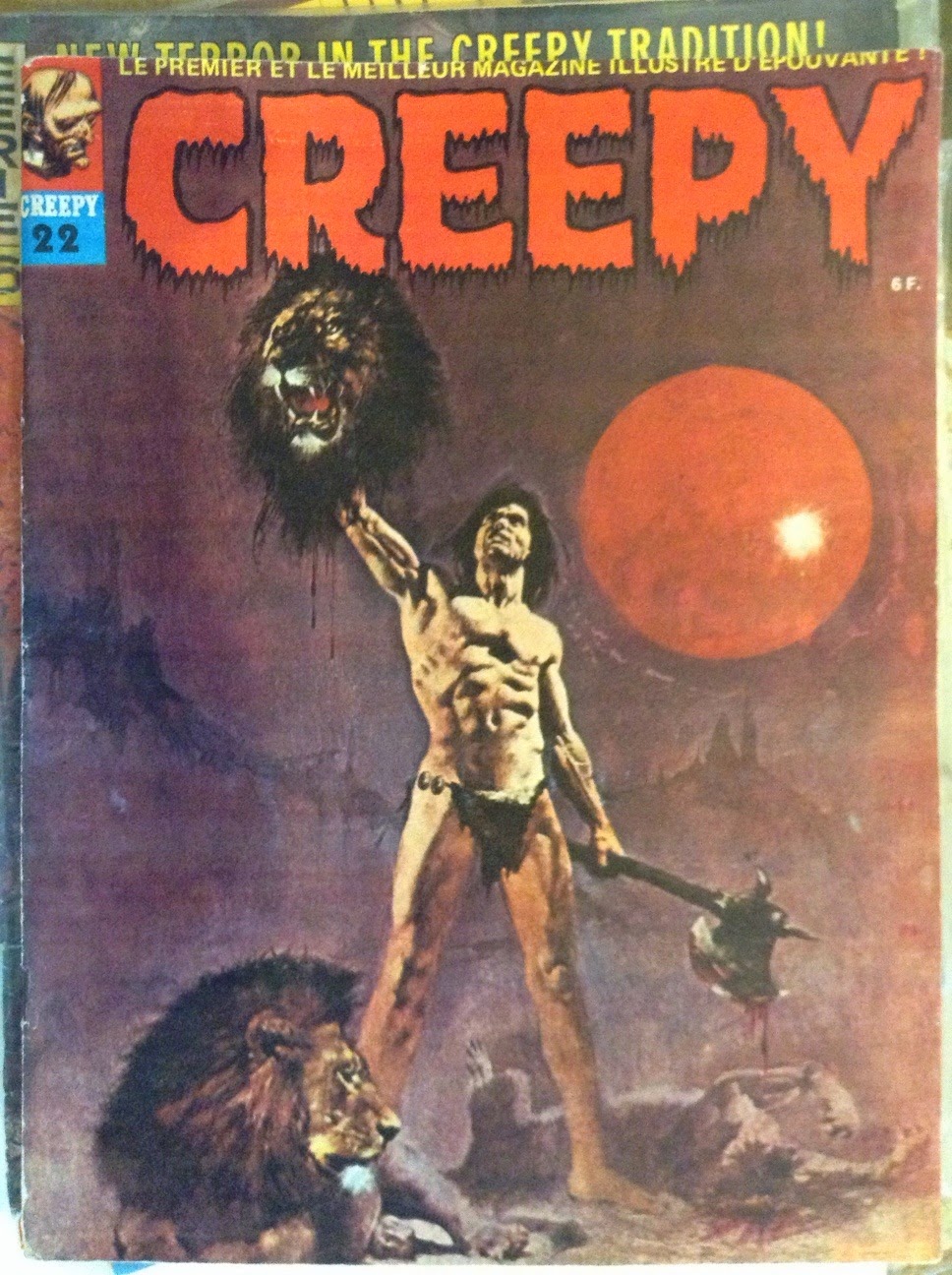 Our friend Logan was visiting with his parents from Toronto. Logan LOVES Hallowe'en. Here's his reaction to our front window, which has lots of scary things in it for this special time of year. 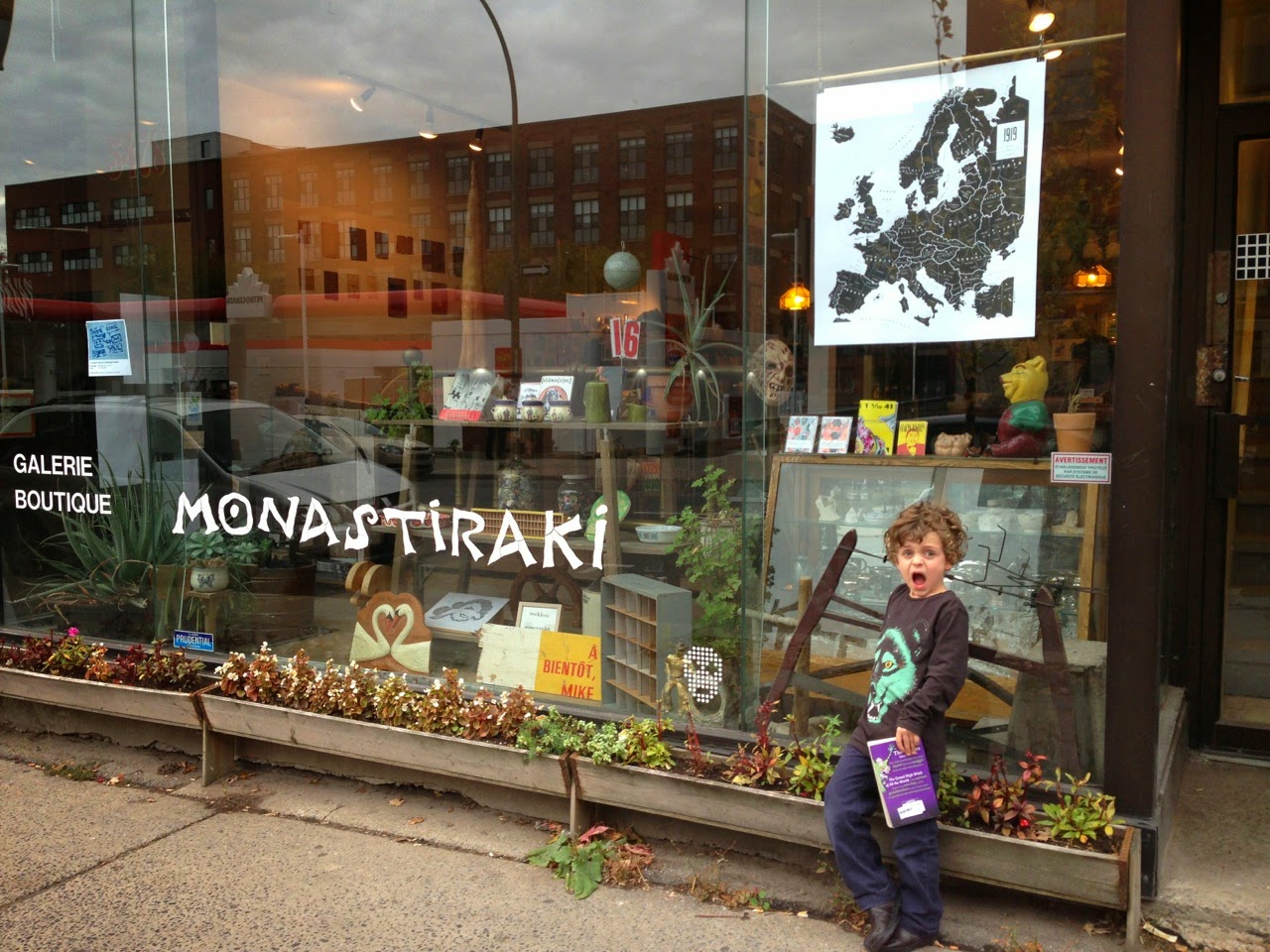 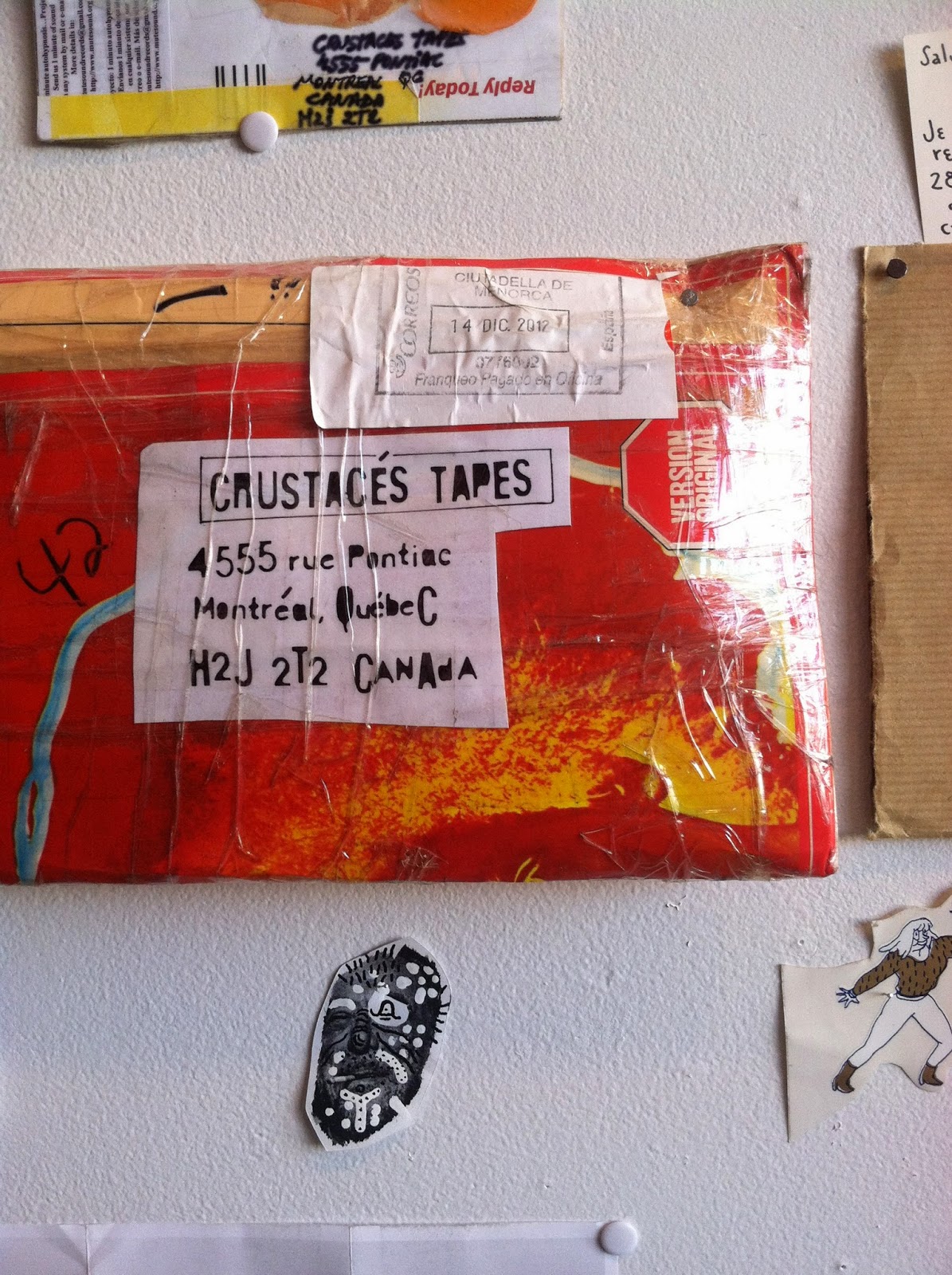 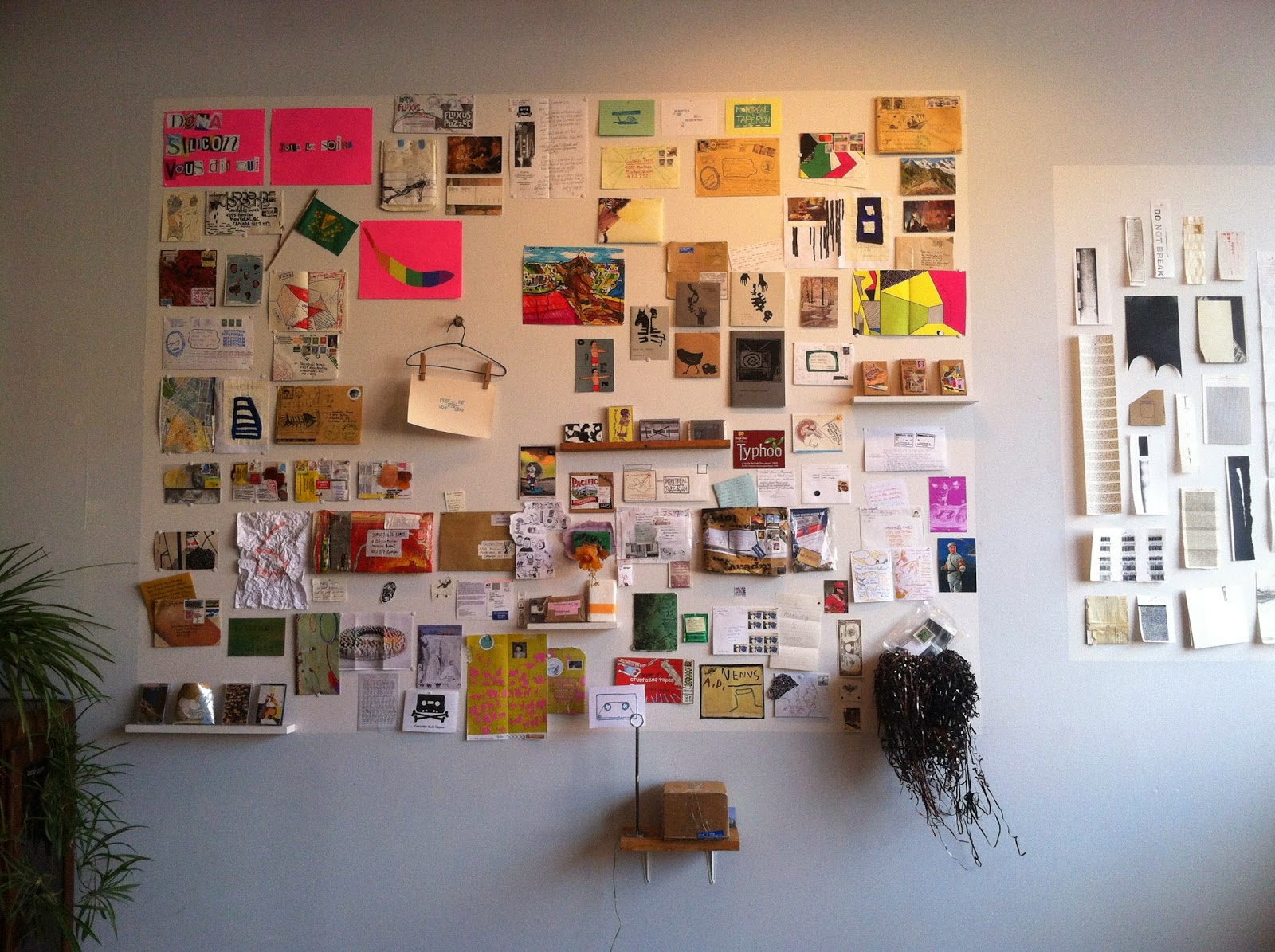 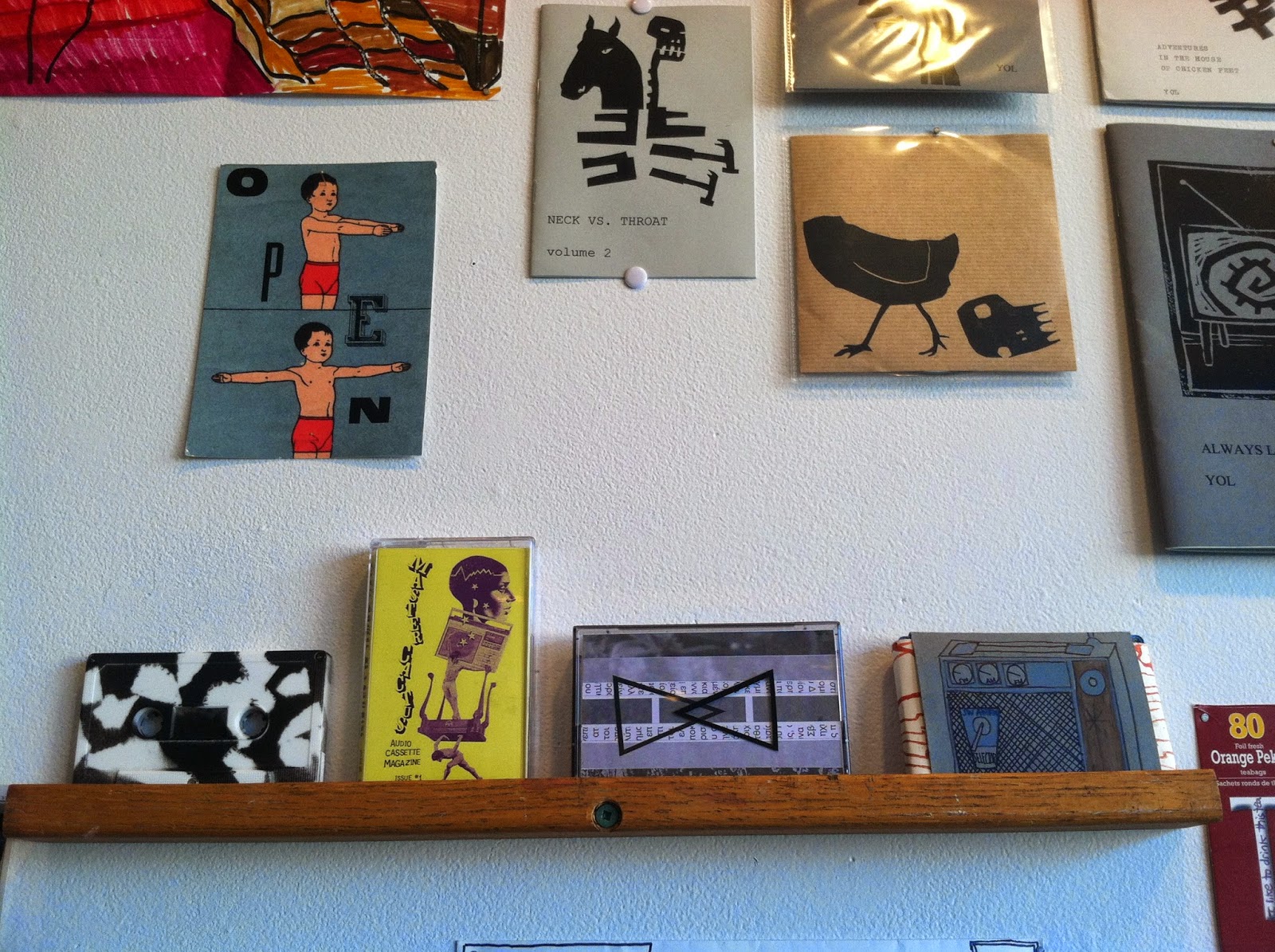 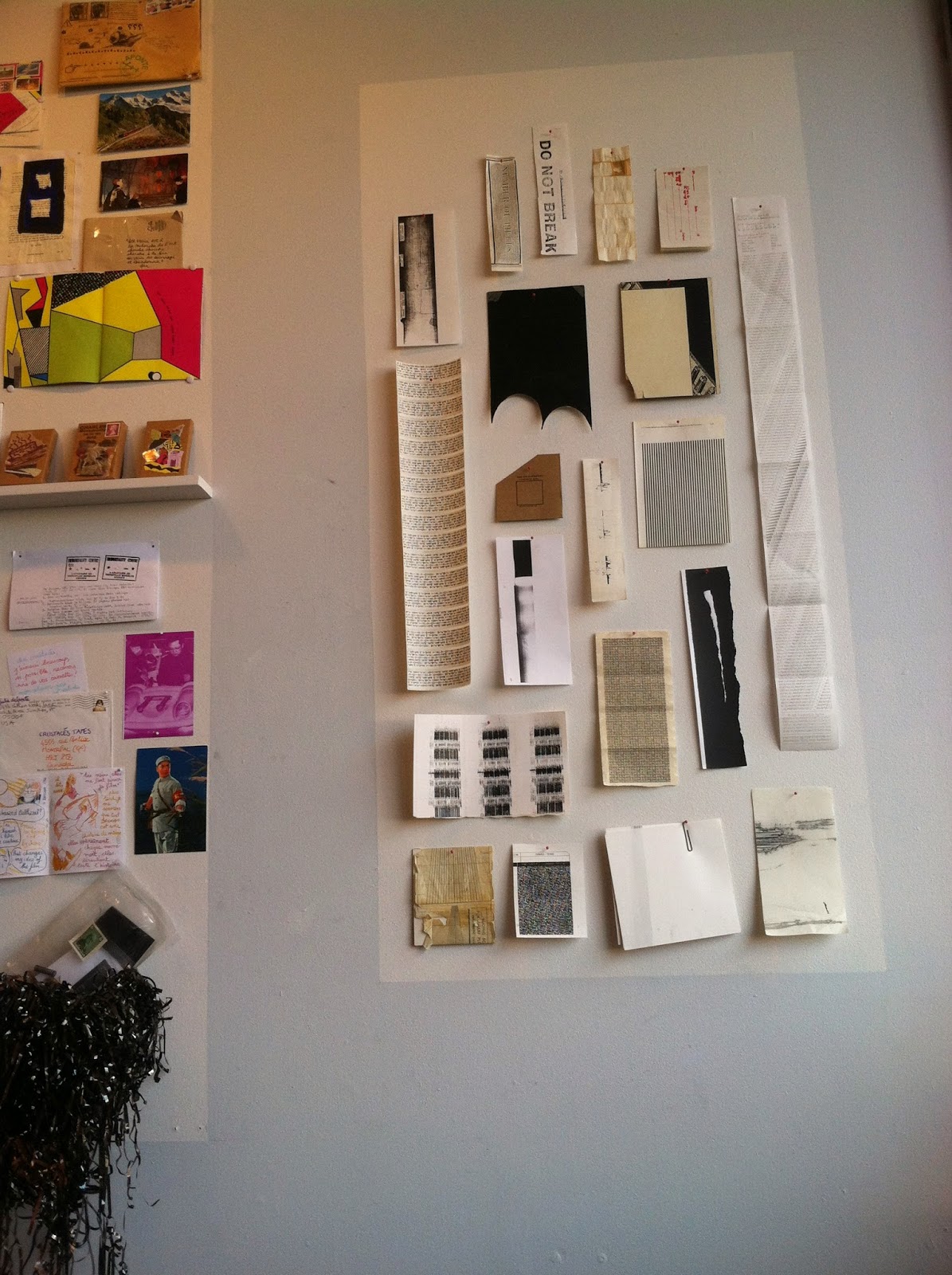 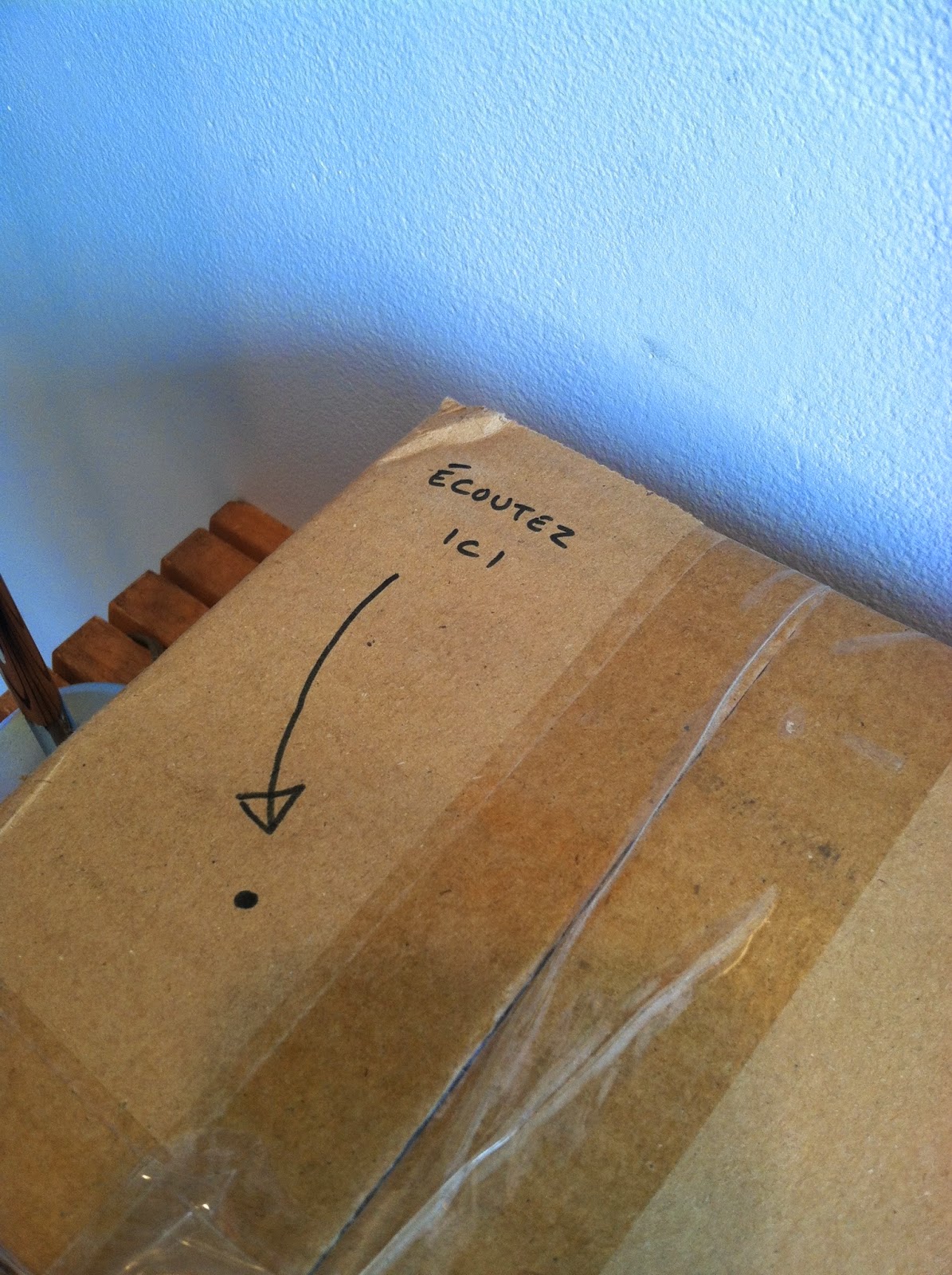 Posted by Billy Mavreas at 11:38 am No comments: 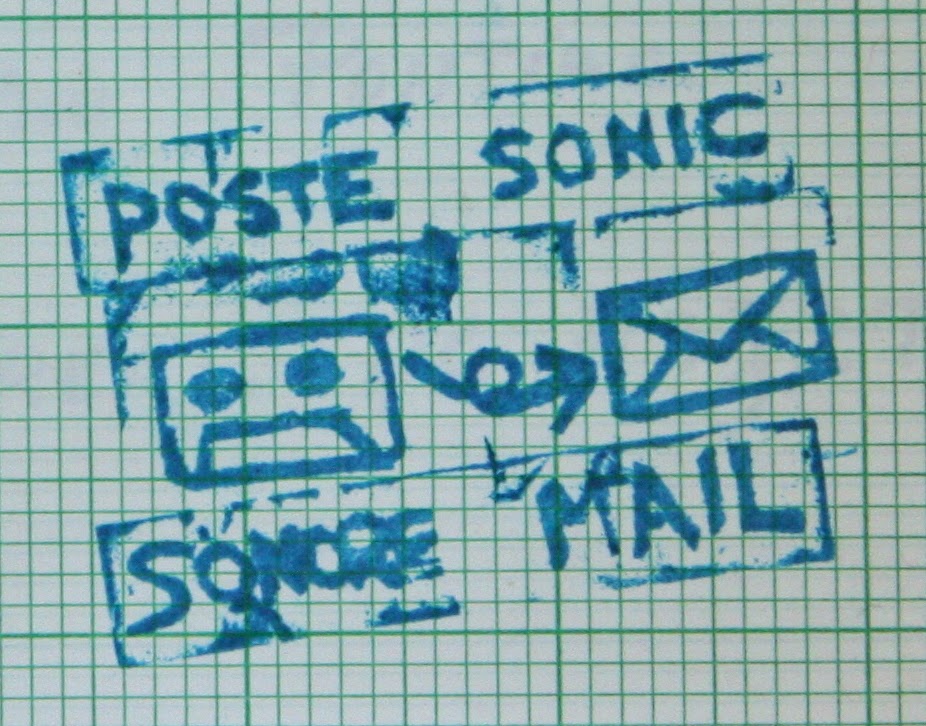 Crustacés Tapes is a postal sound distribution project, releasing sonic curiosities on magnetic tape. The cassettes are mailed to whoever sends us a postcard or gift. In its three years of existence, Crustacés Tapes has received letters, a envelope of small cardboard squares, drawings, postcards, a flag, CDs, books, a matchbox, chocolate wrapping, photos, stamps, tea, a 4 hole button, cassettes, sand, a plastic flower and an expired lotto ticket.
Posted by Billy Mavreas at 10:19 am No comments: 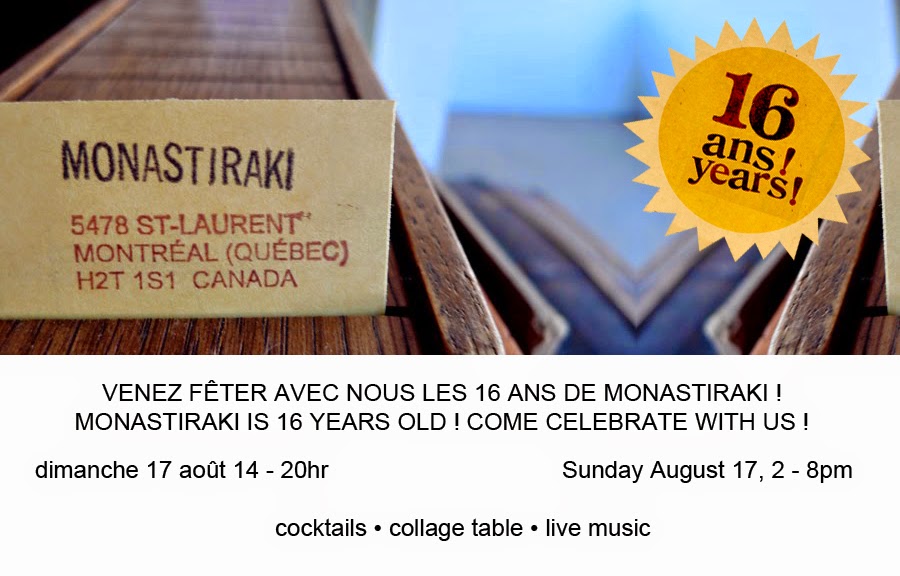 Monastiraki is celebrating its Sweet16 this year !

Come celebrate with us, there will be cocktails, a collage table and live music through out the day. 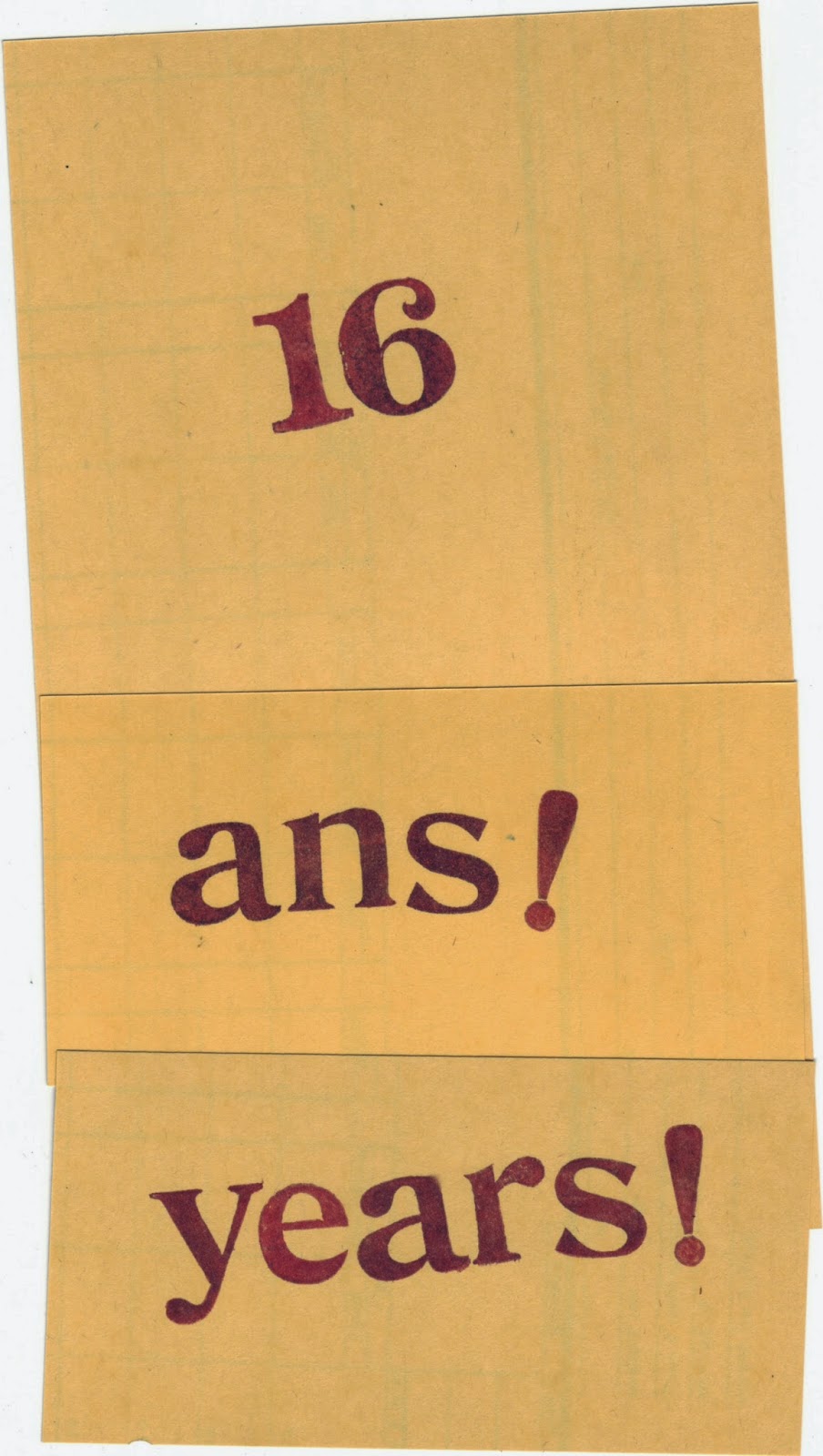 We are sixteen years old ! We will celebrate with all of you this summer ! We are so so thankful for the wild ride we've been on !

Posted by Billy Mavreas at 11:08 am No comments:

From AUSTIN to ZUZU 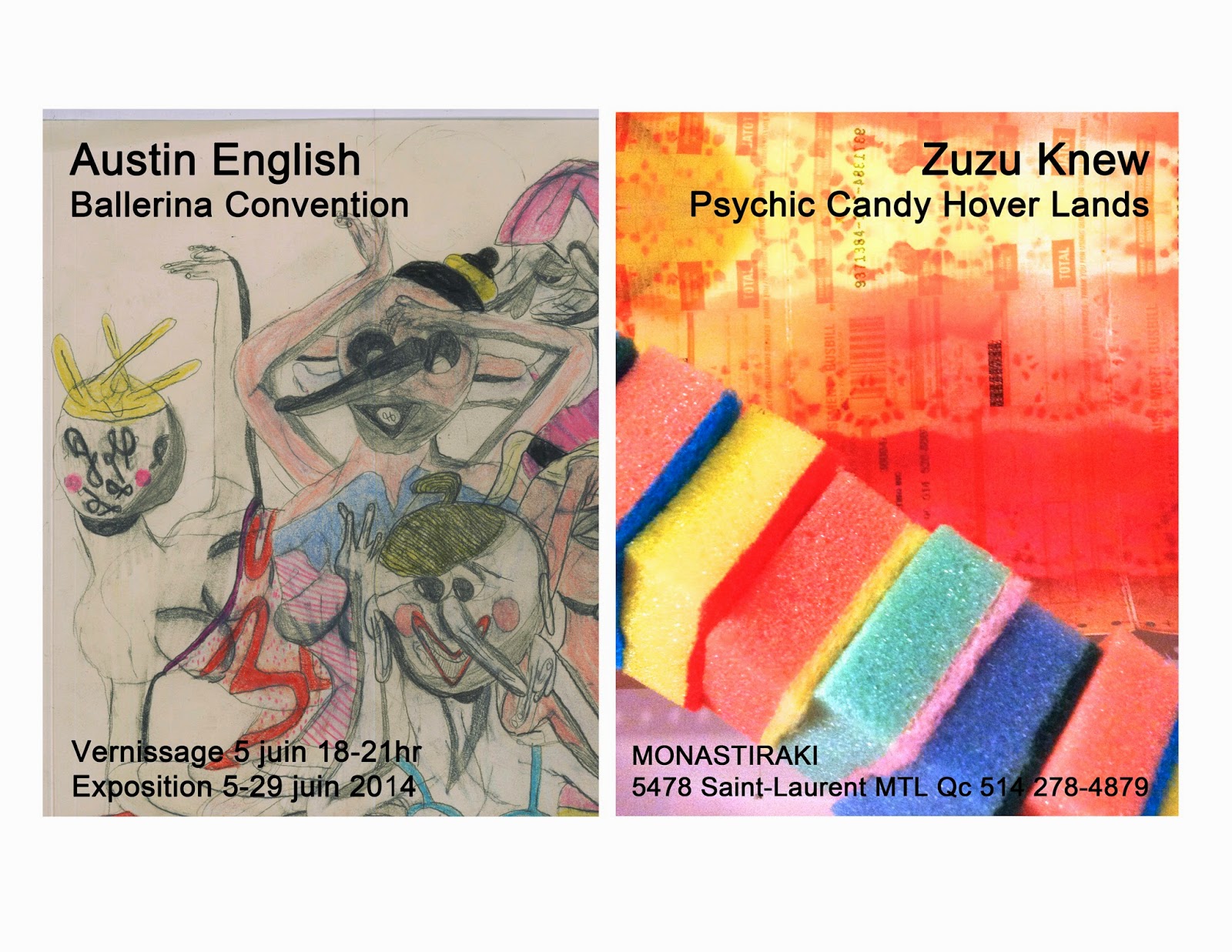 
Austin English---whose books include Christina and Charles, The Disgusting Room, and the Ignatz-Award nominated The Life Problem---will present a suite of new drawings made in graphite and colored pencil for this show of works on paper at Monastiraki. In addition to these newer, never before exhibited drawings, English will also present key pages from past comics. The show will attempt to present a view of the different approaches to drawing and image making that English has been working with over the past 10 years.

Zuzu Knew is an interdisciplinary artist who follows her cravings to create wondermints. She often combines pastry, creature infinity and prism vision to make living cartoons; drawings, analogue projections, street art, costumes, and cake. Psychic Candy Hover Lands portrays an environment in the flux of its naturally sweet and sour landscape where at first glance cute and upon a closer look foreboding elements balance each other out. Zu recently went to Greece for the Koumaria Residency, launched the film Smile Stealers with collaborators and does projections and styling for the band Syngja. She is part of an ongoing documentary about her and her sister and their great grandmother.

Posted by Billy Mavreas at 12:05 pm No comments:

Coming up next month, June 2014, we're very happy to have drawings by
the inimitable Austin English - comic artist, publisher, drawer. 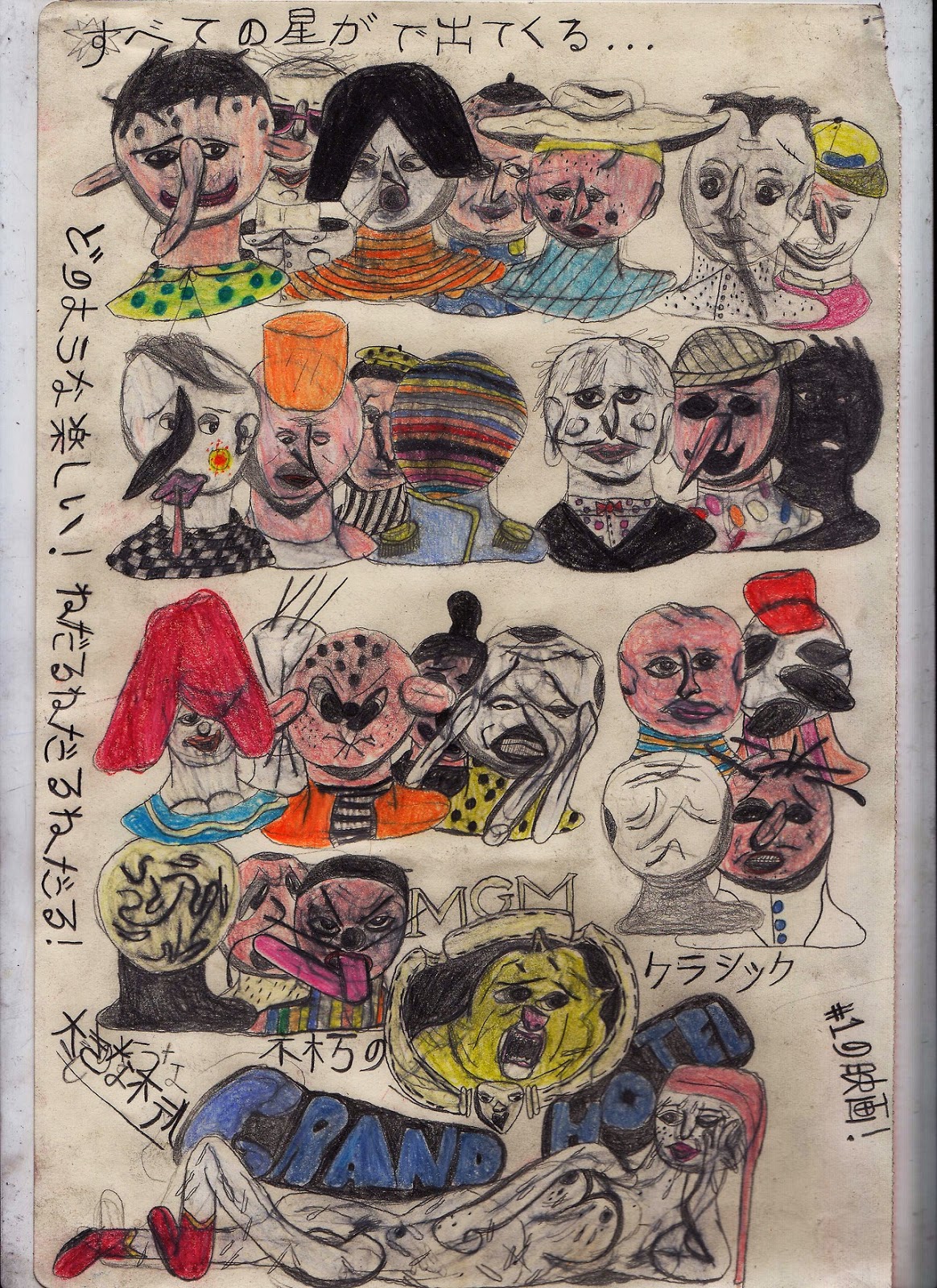 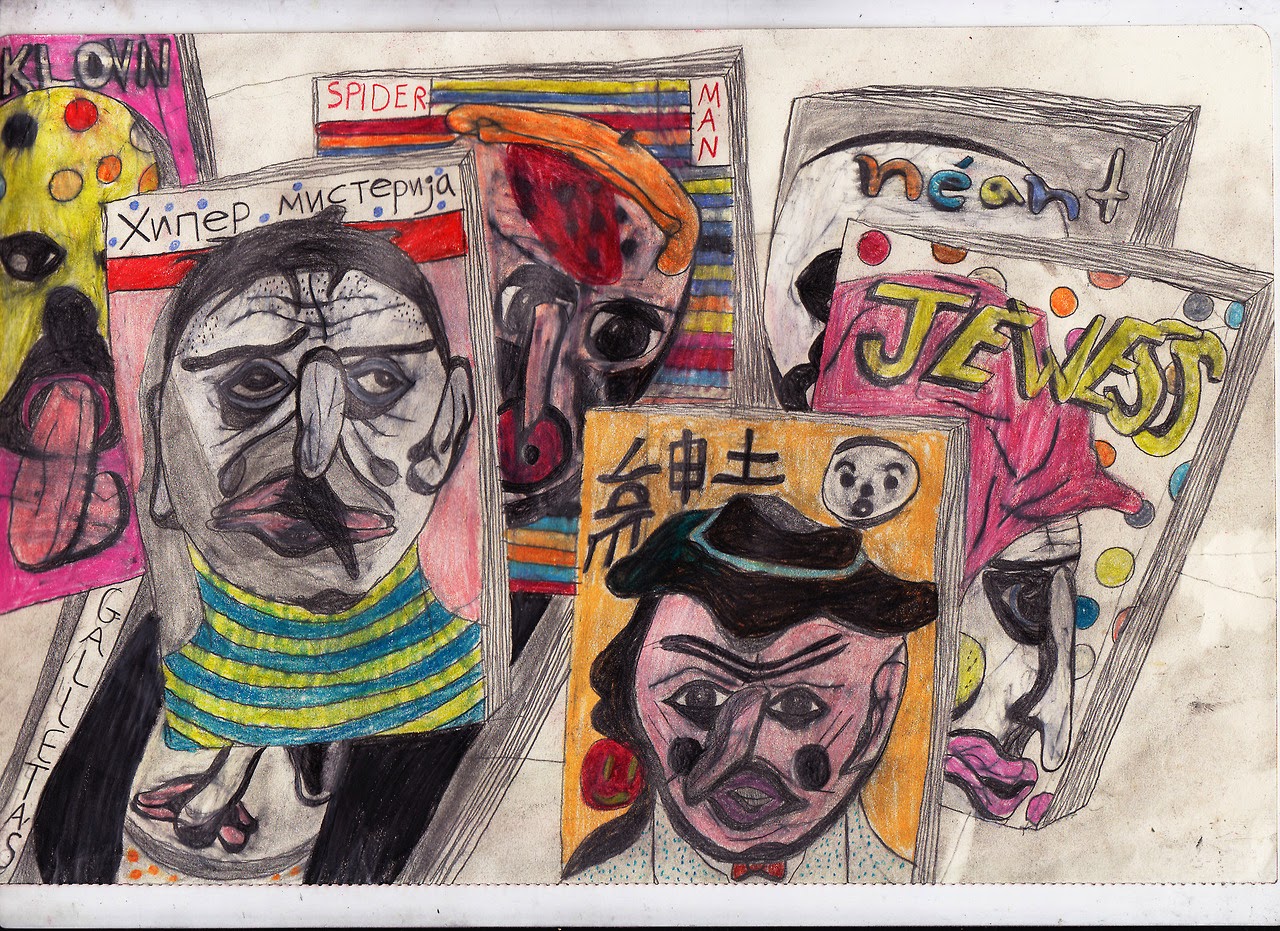 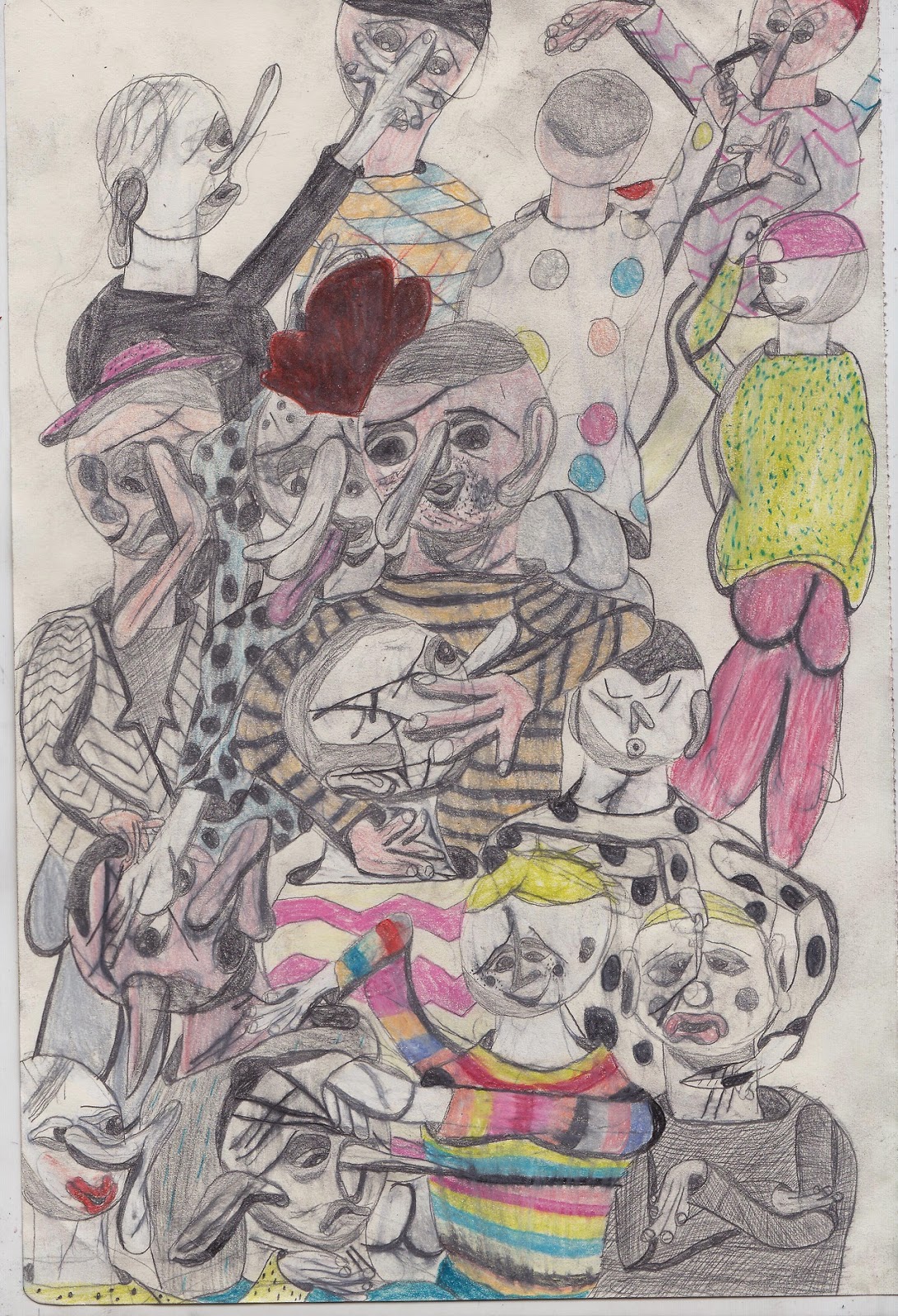 Posted by Billy Mavreas at 11:44 am No comments: 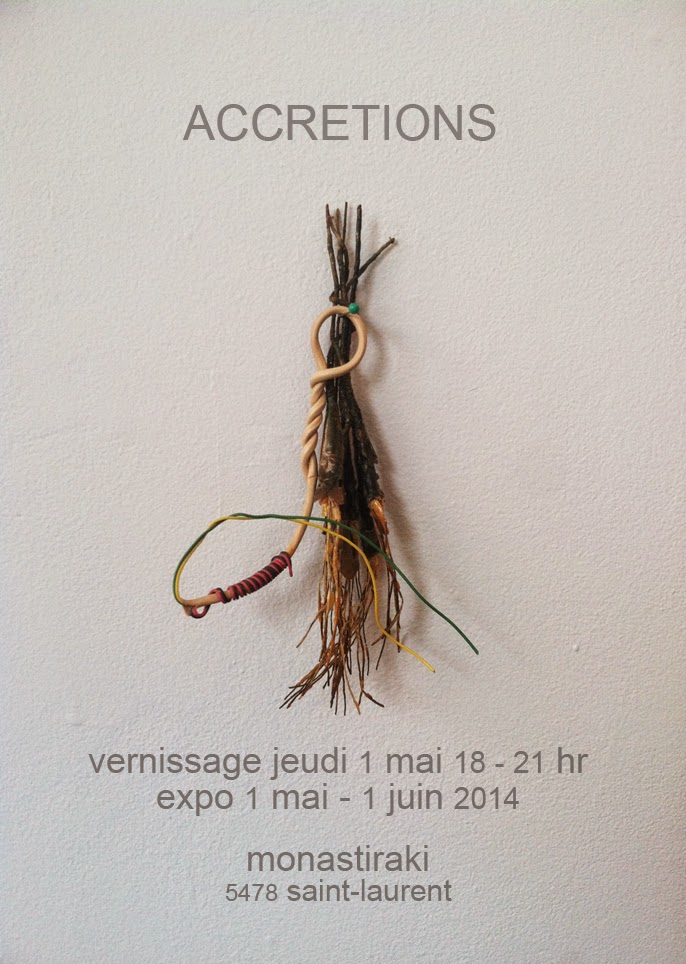 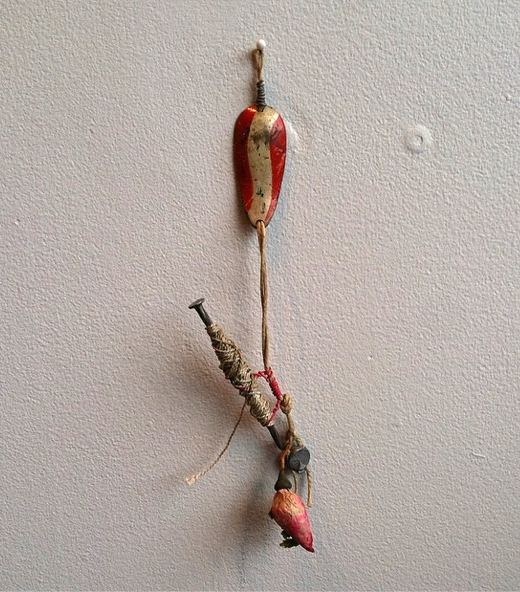 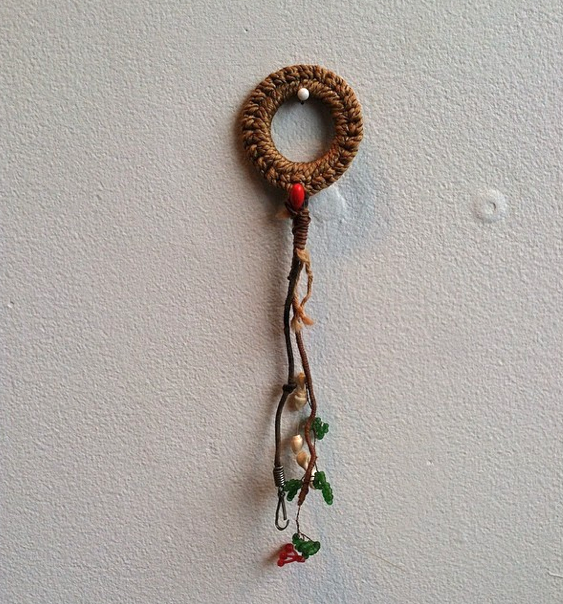 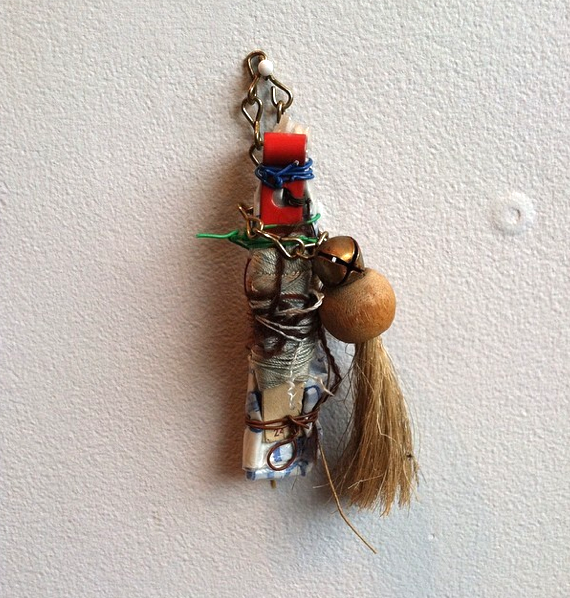 ACCRETIONS
an exhibit of small clusters

We here at Monastiraki cannot help but collect small objects that resonate with unknown history.

For this exhibit, we've brought together some of our favourites and created new small sculptural works,
part jewellery, part fetish object.

Please join us for something a little different.

Billy Mavreas wrote a short text about how his small object collection led to this show coming together.

Posted by Billy Mavreas at 2:21 pm No comments: 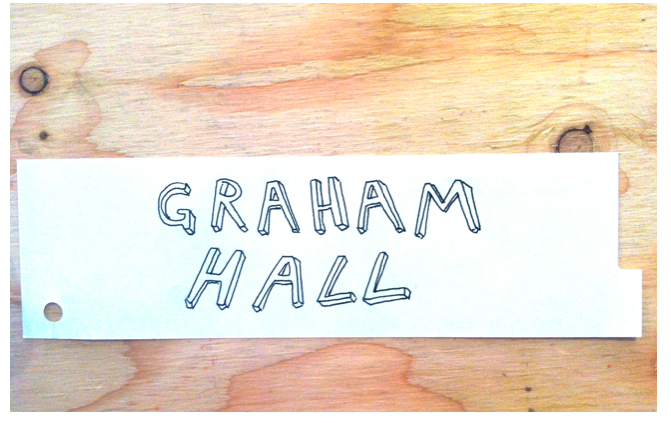